We are proud to present the compelling and rare musical ingenuity from members of the legendary award-winning Kashmere Stage Band (Thunder Soul Orchestra) – the all funk and soul survivors of the 1960’s United States Big Band competition. Kashmere Stage Band went on to become an influential powerhouse funk band at a time when the colour of their skin was enough to subjugate their musical aspirations. They persevered under the supervision of their musical director, Conrad O. Johnson’s artistic vision. An award winning documentary executive produced by Jamie Foxx entitled ‘Thunder Soul’ released in 2010 details the inspiring and humorous reunion of band members 43 years later in ode to their beloved musical director, Conrad O. Johnson who sadly passed away after their reunion performance.

Known as the “Prof”, Conrad O. Johnson’s elaborate emphasis on arts education and progressive teaching methods were thus implemented by the American education system, and continue to be honoured to this day leaving an inspiring legacy for generations to benefit from. Defying all statistical odds, Kashmere Stage Band won multiple accolades, overcoming the violence that permeated an entire nation during the tumultuous 60’s and 70’s, uniting a community together, and ultimately breaking profound racial barriers through the love of Funk Music!

Amassing multiple awards around the nation, they went on to perform in Europe and Japan upon invitation. Reigning as the untouchable champions of this prestigious competition for years, Johnson, not only changed the lives of hundreds of students, he instilled racial pride, faith and inner strength at a time when such values seemed a distant fable.

The band’s recordings have been collected by crate-diggers, feted (and sampled) by luminaries like DJ Shadow, and reissued by respected label Stones Throw.

Kashmere Stage Band performed at the 2013 Free Press Concert in Houston in June of 2013 to an audience numbering in the 10’s of thousands. After being seen in Australia by one of the festivals promoters, he just knew he had to have Kashmere on the lineup for this fun loving, hard rocking, one of a kind music festival which in just 5 short years has become one of the largest music festivals in the United States.

The Kashmere Stage Band ThunderSoul Orchestra currently tours nationally and internationally and extend their talents and principles of Conrad O. Johnson thru and Educational Enrichment Program dedicated to edifying and enriching the minds of students and educators, illuminating fine arts and academic studies as one universal language which will build the foundation for growth and excellence in both their musical and personal lives.

Funkdafied are the booking agent for all shows outside of the US. Email This email address is being protected from spambots. You need JavaScript enabled to view it. for booking inquiries.

“You may never have heard of the Kashmere Stage Band, but by the end of Thunder Soul, you will wonder why” – NEW YORK TIMES
“It’s an inspiring story about one man changing the lives of hundreds of people, at a time when they were at their most vulnerable, putting them on a path of creative expression... through arts education”– Director Mark Landsman

The AU Review: Read the review

The Horn: Read the review 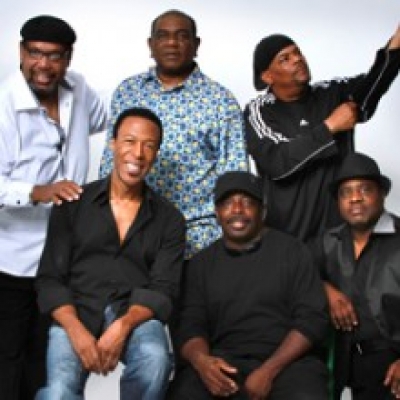