A musical assault that crosses over genres, deeply funky and seriously Phat. Their culturally diverse and influential style digs deeper and deeper in the pocket of groove and rock!

Gang of brothers have been born into music. Andro Martinez, Dauno Martinez, Fenix Martinez and Banel Martinez hail from the prestigious musical Martinez Family (Martinez Akustica). Joining them on drums and lead vocals is brother Buddy Siolo, whose talents have taken him around the globe. Together they are GANG OF BROTHERS.

"GOB is a full-scale assault on the senses and resistance to dancing is practically useless. And you don't have to be a funk afficionado to relate: their set comprises highly-recognisable tunes from the quality commercial end of the spectrum. In any case we're not talking puritanical funk, as the band crosses over comfortably into the realm of hard rock (witness Andro's blistering, Hendrix-like guitar solos), in the way of Kravitz, Prince, Living Colour; even the Isley or Neville Brothers. All-in-all, the parlance might be passé, but, as they themselves say, their music is seriously phat."
- Lloyd Bradford Sykes (Australian Stage).

On their first official track, "Get Up On Ya Feet n Testify," the brothers makes me think of what would happen if JB and Lenny Kravitz randomly met in a dirty, empty bar out on a deserted road and had an impromptu jam session. Cue a band appearing from nowhere, complete with backing vocalists and suddenly the bar is packed full of punters, who all know the words to the song and are getting their very best Soul Train moves on. I do have a vivid imagination, but this track is the kind of unapologetic upbeat funk with a driving beat that makes my imagination run wild and envision unrealistic scenes that in reality will never happen."
- Kitten Jam (Soulbounce.com)

"It's as hardcore as what might well be rated the number one funk track of all time, in JB's similarly-titled."
- Lloyd Bradford Sykes (Australian Stage) 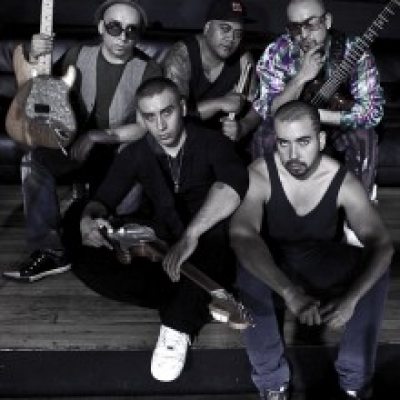