Among the vast ocean of mainstream, middle-of-the-road personalities there stands one woman: a fearless creative force that is passionate about music, life and people. ALPHAMAMA is not your run of the mill singer. She is a forward-thinking, entrepreneurial artist. She is a producer, arranger, musician, stylist, tireless promoter and a prominent advocate of the urban music scene. All packaged in a hot one-woman dynamo!

Beginning her musical journey as a child in the church choir, ALPHAMAMA’s sound has developed since then to become as unique as she is. A woman of mixed race, she inherited the features of her Indonesian father and European mother, both of whom instilled a deep love of culture and language. ALPHAMAMA’s sound is described simply as Indie R&B – a fusion of hard-hitting soul, R&B, reggae, funk and hip hop, with a touch of a 90s new jack swing. Her charismatic stage presence along with her ability to connect with people through her music has established her as a formidable performer and entertainer.

In 2011 ALPHAMAMA was named as a ‘Bounce-Worthy’ artist to watch by international soul music authority, SoulBounce.com. This accolade was no easy feat considering she’s amongst the company of fellow Bounce-Worthy artists Adele and King, as well as successful Aussie exports Hiatus Kaiyote and Electric Empire. Since then she has been steady on the grind crafting her dynamic debut album Truth, Trips and Revelations. With the album’s release the time has come for this dynamic talent to seamlessly step into the limelight.

Truth, Trips and Revelations (Creative Vibes) is co-produced by ALPHAMAMA and West Labz Sound. This soulful soundtrack transports listeners through a journey of love, life and loss. ALPHAMAMA’s distinctive musical styling effortlessly evokes the listener into celebration of the ebbs and flows of life. Stand out tracks such as ‘Bad Appel’ (featuring Ngaiire) and ‘Dawning’, draws comparison to Lauryn Hill and Erykah Badu, and gives an insight into the many dimensions of ALPHAMAMA as an artist, from rebellious and high energy to deeply introspective. Whichever side of this striking singer is uncovered, one thing is for sure; when ALPHAMAMA hits the stage you will be immersed in her performance and enamoured by her musicality and infectious persona. 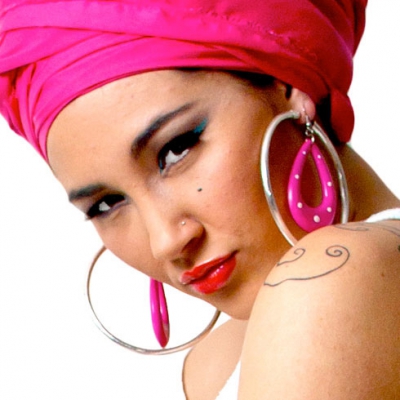