Mama Disquo started collecting records whilst living in Melbourne during this time she was a radio presenter on community radio PBS FM -‘Through the Mangroves’ was a weekly show on a Friday night ranging from anything with bass to beats. Dub, Soul, Electronica, Trip Hop, Down Beat and featuring local productions. During this time she had interviewed the likes of Neville Staple of The Specials & Q-Bert. In conjunction with PBS FM she started live to air broadcasts ‘Wildlife Sessions’ the first being a club night ‘Ghetto Fabulous’ then moving to the venue First Floor that hosted “Live” Melbourne local bands with DJ’s, the PBS FM sound team would set up broadcasting from the venue which was streamed live on the airwaves, a first for Melbourne radio. It was later when she moved to Sydney that her collection started to broaden working at Revolve Records second hand vinyl store. She is an avid collector of Soul, Reggae, Funk, 70’s Disco, 50/60’s Rhythm & Blues, Garage, 70’s Prog and Psych rock, Afro beat/boogie and various flavors within the range. Mama Disquo started out in Sydney putting on nights around the Inner West ‘Rhythm Shower’ - Reggae influenced night, ‘Flying High’ - soul/funk, ‘Gimme Some’ - Hip Hop/Soul/Funk. This has progressed to being guest DJ on The Inner West Reggae Disco Machine Sydney’s first hand built Jamaican style sound system, Gonzo’s Soul Club and Beyond at Waywards and at underground warehouse dance party’s Paradise Lost and Steppin’ Out. You can see her spin at regular gigs around town Newtown Social Club, Midnight Special, Darlo Bar, Miss Peaches, Goros, Hive Bar, Bearded Tit, Lounge Café. At the start of 2015 community radio station 2Ser approached her to host the show ‘Mama Disquo’ on Monday afternoon, the show is based on her eclectic range of music with guest local musicians and DJ’s to share their influenced music. Amongst them has been Nai Palm from Hiatus Kaiyote, The Sticks, Emma from Holy Balm, DJ’s Raffi Lovechild & Harry Sounds. Recently whilst traveling to Kathmandu, Nepal was given the opportunity to play firstly at local bar Phat Khat and then Kathmandu’s first underground venue and club 25 Hours. 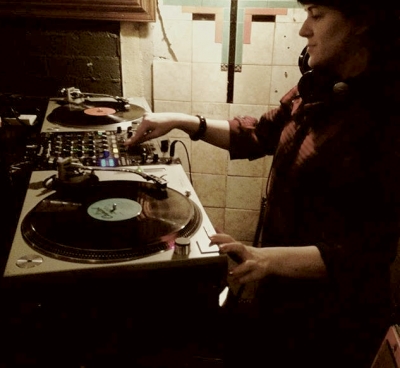