the foundation for something refreshing, heavily rooted in his hip hop upbringing, it was the

being inspired by all types of soulful music. Inkswel first popped his locks downunder in

Australia, where he began life as one Jules Habib, but his cosmopolitan outlook on music

and life has taken him places, of late: he’s now as at home in Berlin and Amsterdam as in

Melbourne and Adelaide, all cities where he has put in studio time.

of Jazzanova, Eagle Nebula and countless others. Inkswel is hip hop in his foundation, but

genre-less in his outlook and approach, embracing the soulful side of deep disco, 80s

funk, chicago house and uk broken beat into a colourful melting pot. He looks to timeless

visionaries such as DJ Spinna, Kenny Dope and Rich Medina as the inspiration for his

Records. After already being asked to do a retrospective re release of his past works for

BBE in 2015, they then pushed Inkswel to do an original debut album, in the form of

musicians from his musical network such as Mark DE Clive Lowe, Lay-Far and Recloose.

The album traverses the gaps of all beat based music, touching on Hip Hop (his first love),

Disco, Funk, Soul, House and Jazz. The vinyl version of the album was co released by

Berlin’s famous OYE RECORDS store and quickly sold out after its release in January,

even being featured on VINYL FACTORY’S releases of the month.

The last few years have seen him touring Japan, playing in Sendai, Marioka, Akita, and

Tokyo, and returning to tour Europe for the third time, playing vinyl-only sets at Alexander

Wild Renate in Berlin, Horse Meat Disco, the Denis Simachev bar in Moscow, and at Rush

Sublime. He headlined the LACO Festival in 2015 in Sao Paolo Brazil and then played

New York. Known for his genre bending sets, with a no holds bar policy- incorporating all

PPU), the initial release featuring a new track with Reggie B, and a b-side jam from his

partner-in-crime Freekwency. The label then followed up with the much-acclaimed Cloud-

by remixes from contemporaries Linkwood and GB. That one topped both the Juno and

Rush Hour charts and featured as vinyl release of the week in Fact Magazine. HOT SHOT

release schedule planned for the future. The latest release by newcomers APSD from

The future is bright for Inkswel, with 6 new releases already scheduled for 2016, including

concept projects, singles and even disco edits for labels such as Soul Clap and KAT. An

sound. Inkswel is also in the studio full time this year, planning to release his 2nd album

before the year ends under the alias Super People. 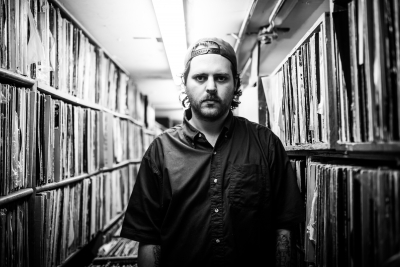