He holds court as one of Sydney’s most authentic, hardworking, innovative and historic radio / club / tour DJ’s, with a grind that is almost impossible to keep up with. In between churning out ground-breaking mixtapes, to touring the country as support DJ for Melbourne hip hop act L-FRESH The Lion (Voted as best new Hip Hop on MTV World), to hosting his famed hip hop radio show ‘The Sounds of the Zulu Nation’ on Bondi Beach Radio. His musical diversity has seen him cross many cultural boundaries from Night Clubs, Fashion runways to international B-Boy, surf and skate competitions along the east coast of Australia.

Born John Khilla in Sydney 1979, MK-1 began DJing at the age of 15 with the aid of mentor and friend, New York’s legendary DJ Steve Dee (founder of the X-men and inventor of the funk a.k.a beat juggling). By the age of 18 MK-1had developed his own distinct style of DJing, shunning the many cultural clichés of the Hip-Hop scene. Over the years, he has been both a resident and guest DJ at almost every Sydney night spots such as Star City Casino, Iguana Bar, Lotel, GAS, BJ’s, Good Bar, World Bar and Black Birds Cafe in addition to numerous after parties for illustrious artists ranging from the Sugarhill Gang, The Black Eyed Peas to Duran Duran.

Between 1997 and 1999 he got his first professional push at BJ’s Night Club and Castles. There he spun R&B and Hip Hop to Sydney’s thriving Latin and African community. In this environment, the Afro-Latin rhythms and beats exposed MK-1 to a wider range and ultimately added to the versatility of his live sets. In 2000, MK-1 was invited to be the resident DJ at the specially built 2000 Olympics Nightclub playing exclusively to athletes throughout the Games.

Between 2001 – 2004 MK-1 was invited to be member of the exclusive Aria Club Chart DJ’s which enabled MK-1 to give a solid contribution back to the Australian music industry by ensuring that quality artists were getting charted correctly and receiving the credit they deserved.

A significant turning point in his career was his 3 year residency at the world famous Iguana Bar. Rubbing shoulders with local and international celebrities, MK-1 frequently entertained rock, pop, jazz and hip hop artists well into the early hours in this Kings Cross institution.

In 2010 MK-1 established his famed Hip Hop radio show ‘The Sounds of the Zulu Nation’ on Bondi Beach Radio. With a continuing mission to elevate the culture of Hip Hop, Sounds of the Zulu Nation continues to provide a diverse array of quality and innovative music programming and has functioned as a platform for with premier releases and in-depth interviews of both Local and International artists.

It is more than just claiming to be a DJ that motivates MK-1 to do what he does, with precision and determination; he is a consummate perfectionist that knows the end product is a reflection of his work ethic.

His position in the Australian Hip Hop industry is one that is held in the highest regard, with his knowledge, skill and passion for hip hop and its culture reigning supreme amongst his peers and apprentices alike. MK-1 continues to expand on his career that has proven to be an inspiring, enlightening and above all respectful journey of a humble DJ / scholar and entrepreneur that has come so far and has remained true to himself !and true to the game.

There is much to write about MK-1 and his different layers. Layers that include:

- Official DJ for the 2000 Sydney Olympics

- Official DJ for the R16 Battle 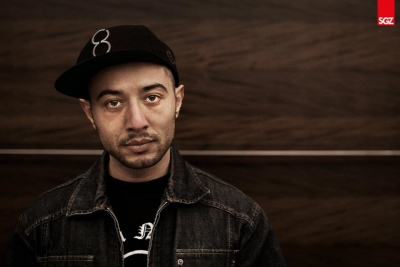