Taking to the decks in 2001 in her home town of Wellington, Ayna took the city by storm, learning residencies at some of the city’s hottest spots and becoming a regular on radio stations Firm FM, MUNT FM, and RadioActive FM in less than 12 months due to her impeccable taste, smooth mixing, dope scratching and ability to rock every dancefloor she stepped up to. Ayna relocated to Melbourne in 2005 and instantly created a buzz with her mix of underground hip hop and dancefloor classics, earning spots at venues throughout Melbourne including Miss Libertine, Croft Institute, Lounge, Workshop, Bimbo Deluxe, Golden Monkey, Blue Bar, 56 Bricks and the Laundry to name a few..

Perfecting her craft in front of dancefloors all over the city, Ayna’s tastes have grown to include Nu Funk, Soul, Reggae, Dancehall, Funk and old school RnB, still put together flawlessly while showcasing a natural talent for reading the crowd. It’s fair to say Melbourne’s club industry have well and truly taken notice, with Ayna steadily adding to her resume by supporting internationals such as Lord Finesse (DITC - USA), DJ Craze (US), Rodney P and Skitz (UK), DJ Hype (UK), DJ Yoda (UK), Krafty Kuts, A Skillz (UK), Neil Armstrong (USA), Stickybuds (CAN)and Jaguar Skills (UK) to name a few. In 2016 she competed in the infamous Battle 8, representing Groove Penguin Records and getting through to the Grand Final.

Ayna has also been recognised internationally, placing 3rd in the Funk Hunter’s “Evolution of Funk” mixtape contest on renowned UK website Ghettofunk.co.uk, as well as having other mixes showcased on the site as well as other prominent blogs in the space of a matter of months.

With a growing list of credentials, Ayna is the rare DJ that can rock a crowd with taste across a mix of genres, flawless programming, undeniable skills and just the right amount of curveballs and surprises.. 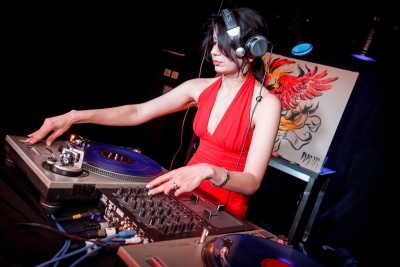