Obliveus plays an infectious blend of funk, hip hop, indie, reggae, northern soul, dancehall, disco, edits, rock, pop and just about anything else he can use to work the room. A party beat specialist, the one thing you can say about his style is that he’s hard to define; yet always plays to the crowd and will pull out whatever it takes to get the room jumping…assuming that’s what’s required.

He has held down residencies at every major club night worth mentioning, plays Rainbow Serpent each year in his official 45's tent, holds down the St Kilda, Sydney Road and Come Together Festivals every year and rocked sets at Harvest, Earthcore, Soul Fest and Adventjah in the past. He’s been played on Triple J national radio, writes edits with Mark Baker as TABU, joined Funkdafied (Sydney’s premiere block party outfit) as their official rep in Melbourne Town and now sits on quite a few choice gigs on the regular. He currently maintains sets and residencies at Wonderland, Lucky Coq, Penny Black, Big Mouth, The Brunswick, Workshop, Murmur, The Union, Windsor Castle and The Carlton Club and he plays regularly in Sydney. He also writes a monthly beat flavoured column for ‘The Music’ magazine, The Get Down.

In 2017, his love of the 45rpm record continues to see him play many a festival and he continues to push the little records as the man behind the official Melbourne 45 Sessions parties and his 45's mix tapes (on actual cassettes) get snatched up faster than you can say "ghetto blaster". Yep, he really is this busy. 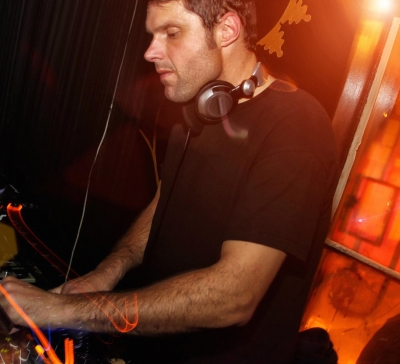