Frenzie has been around the block more than a few times. He's got over twenty five years of experience behind him, a record collection that will make any deejay envious, and a concrete rep as one of Australia’s most trusted party rockers. Taking inspiration from when DJ's used to play for no less than 6 hours straight and transition between styles: Original Soul & Funk 45's - check. Deep House, Disco & Boogie - check. Hip Hop, R&B, Breaks & Beats - check. Party anthems and forgotten classics - check. Frenzie has got you covered.

His Groove Therapy radio show (now in it’s thirteenth year) has been broadcasting weekly on 2SER FM every Friday lunchtime and has become an essential listen to all musically savvy Sydney-siders, while the podcast of the show has garnered a huge loyal fan base in all corners of the globe.

A veteran touring DJ of the Australian east coast, in 2014 Frenzie also rocked dance floors from San Francisco and New York to London and Asia - and has had support billing alongside a who’s who of DJ royalty. Infact, pioneering deejay Grandmaster Flash requested Frenzie as his official support DJ for his most recent 2013 Sydney tour (four shows in total) - and only months earlier, Frenzie could be seen cutting it up on the turntables on stage with New Yorks Hip Hop legends The Ultramagnetic MC’s.

...and it’s no small wonder - Frenzie definitely has the skills to pay the bills. In 2012 he placed second in the New South Wales heats of the DMC, the most prestigious DJ competition in the world (He’s last foray into battle deejaying was almost twelve years earlier).

But can he rock a party? Frenzie has been dropping memorable sets for years. Whether it be a one hour power mix or an all night marathon set behind the turntables, Frenzie has plenty of experience reading the crowd and always drops an entertaining set - custom built from carefully considered quality jams and a dash of turntable trickery. Not only can Frenzie mix a record, he has definitely earned his stripes as the number one chief party rocker. 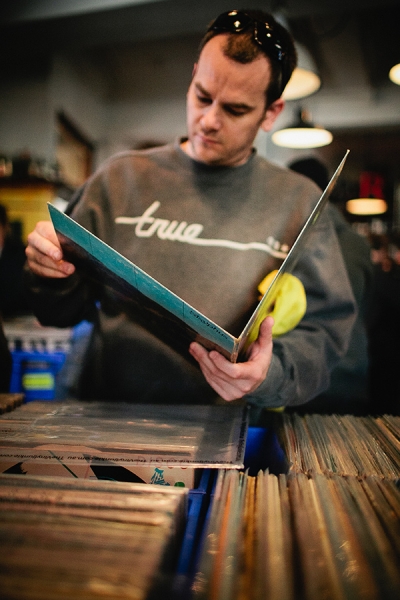