Hudge has been DJing at clubs, festivals, concerts and bars from the heights of the Alps to the beaches of Thailand for over 23 years. The basis of his sound has always been Hip-Hop but his unswerving love and encyclopedic collection of music enables him to inject whatever it a takes to rock a party – something he never fails to do.

Hudge honed his skills as a DJ and scratch artist for nearly 8 years with the Funkin Pussy Sound System at the legendary night at the Africa Centre. He also played at the UK B-Boy Championships from 1998 to 2003 sharing the stage with with Kurtis Blow, Plus One, Dj Kool Herc, Africa Islam, Schoolly D, Rahzel, the Scratch Perverts, Crazy Legs (the Rock Steady Crew) and Mantronix. Hudge has toured with and supported the ‘JB’s Funky People’ (Fred Wesley, Pee Wee Ellis, Bobby Bird and Vickie Anderson), the Fun Lovin’ Criminals, the MOBO award winner Corrine Bailey Rae and MTV's Dirty Sanchez.

In 1997 Hudge teamed up with his friends Bez, Jensen, Stern Funk, Rich Strange Talker and Uncle Biggie to create the boat party phenomenon known as Take it 2 the Bridge (TI2TB*). Based on the Thames, TI2TB have since rocked the rivers and waterways of New York, Sydney, Copenhagen, Turin, Thailand, India, Stockholm, and Canada. These word-of-mouth, sell-out parties are simply one of the best finds in London. For the past 6 years Hudge and the TI2TB crew have also smashed up a total of 16 sets at the Dance Village at the mighty Glastonbury Festival.
From `99 to `07, Hudge served as scratch DJ for London’s 7 piece live Hip-Hop, Funk band Shorty. Shorty won the Diesel U Music award for best Hip-Hop act and played jams all over the UK. They also have had tunes remixed by Fat Freddy’s Drop and Baby J.

In January 2012 Hudge and his family left ol Blighty for sunnier climbs. Hudge, Zan and Suki moved to New Zealand to join friends and family and to start a new life. Good for NZ but not so good for the UK. Hudge has since teamed up with DJ T RICE to host one of the most successful radio shows on the national radio station George FM. Check them out every Saturday 4 to 6pm on the Uptown Boogie! 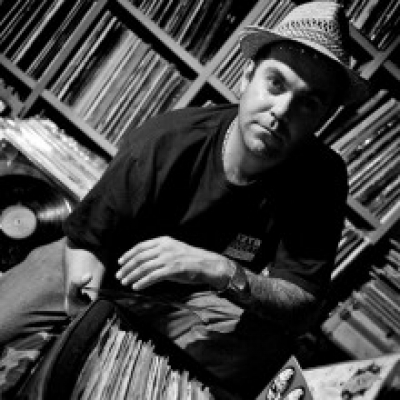