His unique mixing style and charismatic showmanship have distinguished Adverse as a Music Trendsetter and favoured Party Rocker! From 2000 – 2004 Adverse was responsible for putting the much sort after local mixtapes “4 Da Ladies, 4 Da Gents" series into the CD players of many Hip Hop & RnB lovers, but not without the hard work, self-discipline and strong personal ethics.

Self-taught the art of mixing 80s and 90s Hip Hop & RnB, it was no coincidence that DJ Adverse devoted his time and efforts to what started out as a hobby to becoming a true enthusiast to black music culture. Aside from his duties as one of the original’s of local north shore Sydney radio station Triple H FM , Adverse was swiftly put on the frontline of the mainstream of Dj-ing throughout Sydney in the early 2000's after being noticed by mainstream Dj and now good friend Dj Aladdin Royaal. Together playing at some of Sydney's most popular night spots at the time Inc The Cave, Metropolis, MTV lair, Shark Hotel, Star bar and Mona Vale Hotel to name a few, Adverse expanded his talents and became a leading MC for Booty Bar Australia which took him touring across the country with Booty Bar founder and Accredited ARIA award winner Dj Lenno for 2 years.

It was at this point that Adverse met MC Noodlez & Milo and became a founding member of Sydney up and coming independent urban label The Groove Dealers. Under The Groove Dealers banner, Adverse helped Noodlez and Milo form and write music for Sydney Hip Hop Trio “UNISON”, which took them across the state (NSW) to perform and promote, leading them to 1200 downloads of their debut EP. 3 tracks that “Adverse” appeared on from the EP featured on Triple J Unearthed for 4 consecutive weeks at the number 1, 2 and 3 position on the Hip Hop charts and also retaining itself in the top 20 for several months. This achievement combined with his successes with producing and performing with Australian Hip Hop Groups LP & The Architects and working closely with Mc Noodlez over the last 5 years shows that he is no stranger to connecting with an audience.

Dj Adverse with The Groove Dealers has been running an annual snow tour to the Victorian snow fields of Falls Creek putting on parties to capacity crowds for the last 4 years. In more recent times Adverse has played live on Radio for 2RDJ 88.1fm with Dj D on mixbosses and on Bondi Beach Radio as part of the Zulu Nation Radio show with Dj MK-1 and Mirrah. He has played sets at festivals small and large including Street Fest with Food Trucks United and at the recent inaugural SoulFest as part of the 45’s sessions with Funkdafied Events. He has supported the likes of International touring artists Dj Total Eclipse (Xcutioners), Sarah Love, Eric Lau and frequently rock’s parties at local Surry Hills nightspots including Play Bar & Café Lounge and is also regularly booked and play’s impressive party sets for Soul of Sydney, Funkdafied & Syd Def Jam Events.

Armed with over a decade of experience in the nightlife business, highly respected and loved by all who know him, Adverse has established close relationships with some of the country’s most notable and renowned DJ talents and promoters. His style is limitless with an enormous bound of continuous energy. It’s HIP HOP/Afro Inspired Music, with a lot of different twists. Nothings ever set or the same when he’s on the decks, the music is always freshly delivered. You can catch Adverse currently rocking local night spots and working on new material and parties under the The Groove Dealers. 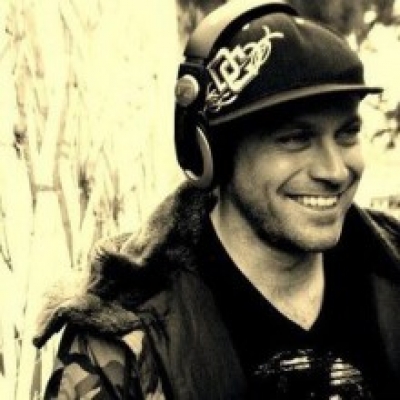