Funkdafied and the Main Ingredients first promoted Sampled at Melt on Kellet Street in Kings X on April 12 2009. It was a classic night of Digging in the Crates with DJ Naiki, Frenzie, Noel Boogie & JC.

We had a great crowd of music lovers and each DJ played a set of top tunes that have been sampled in the Hip Hop era. The first event went so well that we did another on 36th June 2009 with the same line up. Friday, October 23 2009 The Main Ingredients & Funkdafied (Sampled) stepped back in time and dug deep in the crates for the album launch of Strange Breaks and Mr. Thing - a five part ultimate breaks and beats series paying homage to the popular Strange Games Series on the BBE label. 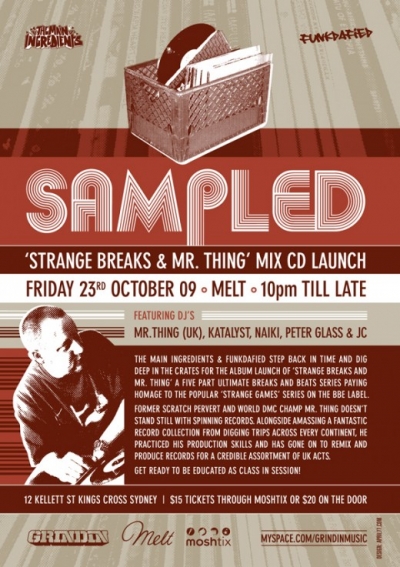