During mid 2013 Funkdafied teamed up with one of the best new venues in Sydney to deliver a series of monthly events called ‘Funkdafied at the Soda Factory.

The Soda Factory has injected a new lease of life into the Sydney Club scene in 2013 and we had a blast promoting a unique line-up of local, interstate and international Musicians and DJ’s at said venue. The music policy for the night always had a strong focus on Soul, Funk, and Disco. Some of the artists featured are as follows:

The monthly event was free entry so we always reached capacity and partied on till the early hours. 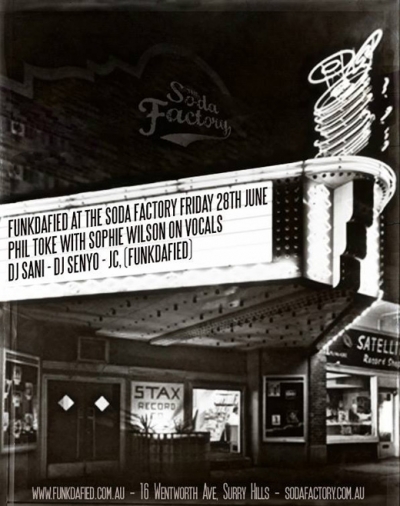