Funkdafied hosted one of the biggest acts on the planet. Carl Cox, a leading pioneer in dance music over the last 30 years.

Once again Funkdafied Top Deck kicked off the summer in style onboard the infamous High Flyers Boat Party. CARL COX headlined the lower deck and DJ SUSPECT from Paris headlined the Top Deck. This was another huge party with over 1000 people on the boat followed up by an after party at the Metro Theatre Carl Cox did a 3 hour set in the main room. T 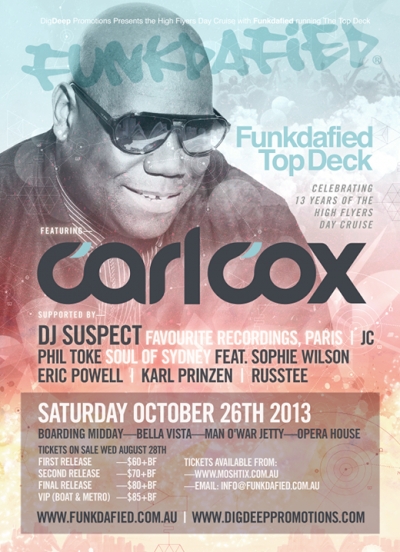