Funkdafied has teamed up with Think Inc. (the team behind bringing to Australia thinkers such as Dr. Neil deGrasse Tyson, Dr. Michio Kaku, and The ‘Amazing’ James Randi) is proud to announce that Dr. Cornel West – philosopher, academic, social theorist, educator, author, and poet – is bringing his intellectual locomotive to Australia this June with a series of talks.

“You’ve got to be a thermostat rather than a thermometer. A thermostat shapes the climate of opinion; a thermometer just reflects it.” This is the call for action from Dr. Cornel West – philosopher, academic, social theorist, educator, author, and poet – who is bringing his intellectual locomotive to Australia in 2015. A Harvard graduate in his Bachelor’s  degree, and the first African-American to graduate from Princeton University with a PhD in Philosophy, Dr. West has spent his life – personal and professional – breaking down the social barriers which have disenfranchised minority groups for decades, if not centuries.

Across penning and contributing to over twenty published books (including Race Matters (1994) and Democracy Matters (2004)), receiving over twenty honorary degrees and an American Book Award, frequently featuring as media commentator on Real Time with Bill Maher, The Colbert Report, The Late Late Show With Craig Ferguson, CNN, MSNBC, and FOX News, and releasing three
spoken word albums with a slew of impressive collaborations, Dr. West effortlessly balances himself on the tightrope between education and entertainment, remaining an inspiration to millions as a figure who beat the social odds that were stacked against him.

In a rare engagement with one of the leading acclaimed intellectuals of the 20th and 21st century, Dr. West brings to Australia his mission of progressing a culture of critical thought which questions and challenges the status quo of current sociopolitical landscapes, for generations that are not merely socially conscious, but socially involved. 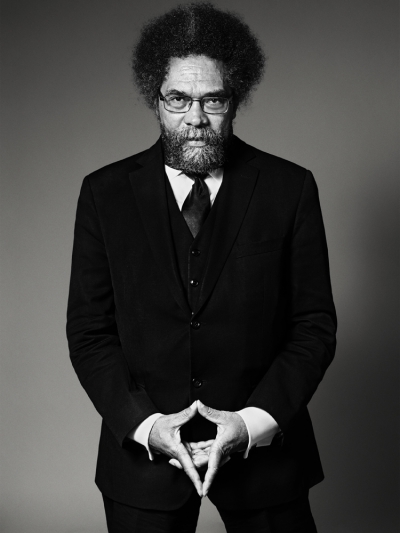